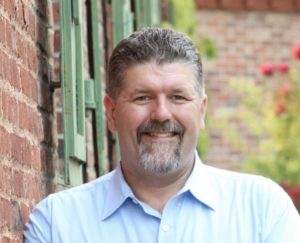 Sonora, CA — With Board Chair Sherri Brennan recently ending her supervisor re-election campaign, a write-in candidate has emerged to challenge David Goldemberg in the District One race in November.

Cody Ritts, a long time Tuolumne County resident, who is a Sonora Elementary School Board member, is entering the race.

Ritts says, “I am proud to be in a position to run for County Supervisor, it is an honor to serve the community that has raised me. My write-in candidacy gives people a choice on who they want to represent them in District 1. I would like to see Tuolumne County thrive and prosper so that my children will have the opportunity to raise their families here. Tuolumne County has a unique personality and a rich history that I believe we should honor when making decisions.”

Tuesday was the first day for write-in candidates to submit paperwork to be eligible for the November ballot.

Goldemberg was the top vote-getter in the March Primary election, followed by Brennan. Their names will both appear on the ballot even though Brennan has ended her campaign.

Ritts will not have his name on the ballot, but will be an eligible write-in candidate. His name must be spelled correctly to be a valid vote. District One covers the greater Sonora area.

The other competitive supervisor race is in District Five, with challenger Jaron Brandon and incumbent Karl Rodefer.