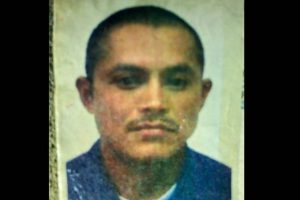 Sonora, CA – A Tulare County man has been missing for nearly a week and Tuolumne County Sheriff’s officials are turning to the public for help.

42-year-old Amilcar Enrique Garcia-Orellana of Lindsay, which is southeast of Visalia, was reported missing just before 9 p.m. last Wednesday. The caller relayed that Garcia-Orellana was last seen camping in the Cherry Lake area of the Stanislaus National Forest. He was in the county doing tree and brush removal work.

The Sheriff’s Search and Rescue team has been combing the area looking for Garcia-Orellana, who is believed to have walked away from the camp near Cottonwood and Cherry Lake roads the prior evening. So far, crews have been unable to locate him and are now asking for the public’s help.

Garcia-Orellana is described as a Hispanic male adult, about 5 feet 4 inches tall, weighing around 140 pounds with black hair and brown eyes. Unfortunately, it is unknown what he was wearing when he disappeared. Anyone with information regarding his whereabouts should call the sheriff’s office at (209)533-5815.