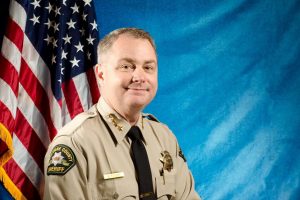 Sonora, CA — Due to a variety of issues impacting the area in and around the uncontained wildfire burning near Moccasin, the sheriff has issued a community letter explaining stepped up evacuation plans underway.

“I have received several inquiries from concerned citizens regarding the Moc Fire and I’m reaching out to let you know I hear and understand your concerns.

“On August 20th the Moc Fire ignited and was reported to be approximately three acres. Working closely with our CalFire partners, we monitored the spread of the fire which was classified as “critical.” The Moc Fire quickly spread to 1,700 acres within a timeframe of six hours, which surpassed the capabilities of available resources to fight the Moc Fire. As you are aware there are about 420 active wildfires in the State of California, which directly contributes to a lack of resources statewide.

“Based on the difficult terrain, lack of resources and fire behavior, the ability for people to escape the Big Oak Flat and Groveland communities caused me and our CalFire partners great concern. In collaboration with CalFire, I initiated mandatory evacuations. This was a calculated effort taking into consideration all electricity had been shut off which greatly impacts our ability to communicate and alert the public of rapidly changing circumstances.

“Knowing additional time and resources would be instrumental in safely evacuating threatened communities, we worked through the night to formulate and execute evacuation plans for everyone affected, especially our vulnerable populations. We continue to safely evacuate families, pets, and livestock from threatened areas.

“Your safety is my primary concern and I will not take unnecessary risks. I am grateful for the tremendous community support and strong partnerships with CalFire, the Tuolumne County Officer of Emergency Services, and all allied agencies supporting our mission.”