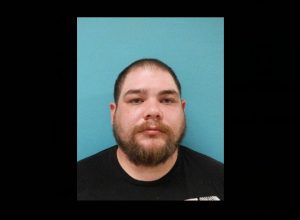 Sonora, CA – More details are being released about the arrest of a local man for allegedly murdering a child in his care.

The Tuolumne County District Attorney’s Office share 25-year-old Brett Wozynski was formally charged with one count of murder in the second degree and one count of assault on a child under eight, resulting in death. Both counts carry life sentences. As reported here, sheriff’s officials released information about the Jamestown resident’s arrest and assigned one-million-dollar bail Friday.

The three-year-old, who died Sept. 16, 2018, was the son of Wozynski’s girlfriend. Prosecutors say he was babysitting the confidential victim and his other son while the mother of both children worked, and around noon that day, called 911 to report that the child had fallen and was unconscious.

According to the DA’s Office, fire and ambulance responded residence on Tionesta Road, and the child was immediately transported to a helicopter and subsequently flown to UC Davis Medical Center, where he was removed from life support and died a few days later. A subsequent autopsy found that the child had died from blunt force trauma to the head.

Wozynski’s explanation of what transpired to first responders, various family members, and Sheriff’s Department investigators did not correlate to the evidence or the injuries. Deputy District Attorney Harold Nutt states, “Investigators worked closely with the District Attorney’s Office to fully investigate and prepare the case for criminal charging.”

DA Laura Krieg says, “This child’s death was suspicious from the beginning. These types of cases are difficult and require a significant amount of investigation and frequently involve long delays before charges can be filed.”

She adds her thanks to the Sheriff’s Department investigators for their commitment and diligence in investigating “this horrific crime.”