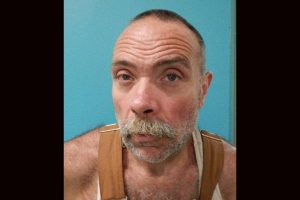 Columbia, CA – A Jamestown man was busted with drugs following a call to Tuolumne County Sheriff’s dispatch regarding a possible burglary in progress.

Spotting an unknown vehicle recently parked at a home on Upper Quail Mine Road in Columbia with a “For Sale” sign in the front yard sparked suspicion in a neighbor who called 911. Once on the scene, deputies found the vehicle and saw various household items and furniture inside. The vehicle also had two separate license plates, neither of which, belonged to it.

Deputies then contacted the driver, 52-year-old Robert Kurts of Jamestown, and began questioning him. The vehicle’s number was checked and found it was not reported stolen. Kurts claimed to have permission to be inside the house. However, sheriff’s officials say they were unable to confirm or denied that at the time.

A search was made of the vehicle and it turned up suspected methamphetamine and a smoking pipe on the center console. Also, in Kurts’ backpack suspected heroin was discovered. He was arrested for forged or altered registration, driving without a license, possession of methamphetamine, heroin, and drug paraphernalia. His bail was set at $10,000.

Several items taken from the vehicle that sheriff’s officials say do not belong to Kurts were kept for “safekeeping.” Detectives are currently in the process of determining who they belong to and whether those items may have been stolen.