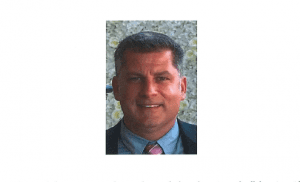 Sonora, CA — Following the recent announcement that Tuolumne County Chief Probation Officer Linda Downey is retiring, the board of supervisors will vote on hiring her replacement.

At Tuesday’s meeting the board will vote on approving an employment agreement with the current Assistant Chief Probation Officer Daniel Hawks. He emerged as the top candidate following meetings with CAO Tracie Riggs, Judge Donald Segerstrom, and later the Board of Supervisors.

Hawks was initially hired by Tuolumne County as a Deputy Probation Officer in 2000. He served in various roles until being appointed Assistant Probation Chief in January of 2017. His proposed five-year term will begin on May 1st with a salary starting at just over $123,000 per year.

Downey is retiring following a 25 year career with the county.