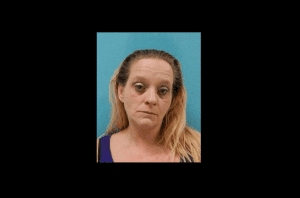 Sonora, CA — A woman who allegedly tried to use a forged check at a Sonora business was busted, and sheriff’s deputies believe she was also involved in some recent commercial burglaries.

The sheriff’s office received a call that a woman tried to use the fraudulent check at Price Co. Foods in East Sonora Wednesday morning. When officials arrived, the suspect, later identified as 43-year-old Stacey Ellak of Jamestown, was spotted exiting the nearby CVS Pharmacy. The Sheriff’s Office reports that she saw the deputy and then took off running. She was detained a short distance away.

Deputies later received the stolen check Ellak was attempting to pass. They also searched her purse and car.

The Sheriff’s Office reports, “The search turned up stolen checks, debit cards, personal identifying information for several victims, burglary tools and suspected methamphetamine. It was also determined some of the stolen property located in Ellak’s possession had been stolen during recent commercial burglaries.”

Deputies are in the process of returning the property to victims. The investigation is ongoing.