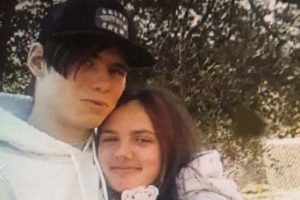 Sonora, CA – Get a good look at the pictures in the image box as any tip from the public could help bring these teens home safely.

Both were reported missing to Tuolumne County Sheriff’s Dispatch by family members just days apart at the end of last month. The mother of 17-year-old Anthony Lee Preston of Sonora reported her son as a runaway on 3/25/20. That same report was made five days later for 15-year-old Amanda Lee Onna Norman of Columbia. Investigators believe the two left the area together, but have no additional leads regarding their whereabouts.

Anyone with knowledge of their whereabouts or may have any information that could lead to their location and safe return is asked to call the Tuolumne Sheriff’s Dispatch Center at 209-533-5815.