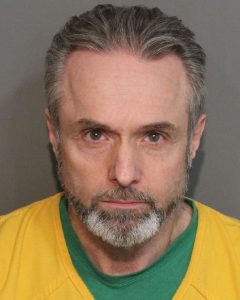 San Andreas, CA – A former Murphys resident will spend the rest of his life behind bars for intentionally trapping his wife inside their home and setting it ablaze.

Calaveras County District Attorney Barbara Yook shares that this morning Karl Karlsen was sentenced to life without the possibility of parole for the January 1, 1991 murder of Christina Karlsen. The sentence is consecutive to the 15-years-to-life prison time he began serving in New York following his 2013 conviction in connection with the 2008 death of his son Levi.

The DA adds that he was also mandated to pay restitution to his wife’s heirs for the insurance money, other economic losses, and counseling costs.

In early January, Karlsen was extradited by deputies to Calaveras County from New York and after a nearly two-week jury trial, he was found guilty of first-degree murder in the killing of Christina, who was left trapped in a bathroom at the family’s residence on Pennsylvania Gulch Road while Karl and their three children escaped. The jury also found that two special circumstances alleged in the case were true: the defendant murdered her for financial gain and that he was previously convicted of murder.

At the time of the house fire, the incident was deemed accidental even with admittedly suspicious circumstances in play such as the boarded-up bathroom window and Karlsen’s apparent lack of emotion in the aftermath. He later received $200,000 from a life insurance policy due to her death.

Following his son’s death, Karlsen collected a $700,000 life insurance policy for which he was the sole beneficiary. Five years after that murder and one day before he was set to be tried, Karlsen admitted to kicking out a jack holding up a truck that Levi was working underneath, thereby crushing him to death, and pled guilty to second-degree homicide.

Yook comments, “We are extremely pleased with the jury’s decision in this case. The jury worked very hard and we are grateful for their time, attention, and verdict.”