Drugs And Evidence of Related Sales Land Three In Handcuffs 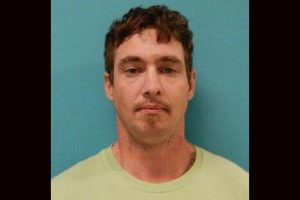 Columbia, CA – Two men and a woman were handcuffed after a probation compliance check uncovered drugs and evidence of their sales.

Members of the Tuolumne County High-Risk Supervision Team knocked on the door of the home of 29-year-old James Romano and 24-year-old Jalynne Castro, located in 23000 block of Italian Bar Road in Columbia recently. Both were on probation. Also, at the home was 28-year-old Wayne Stuckey of Sonora.

A search of the property was conducted by deputies that found methamphetamine, heroin, prescription pills and other evidence related to drug sales. Romano, Castro, and Stuckey were all arrested without incident. They were booked into the Tuolumne County Jail for possession of narcotics and methamphetamine for sales while operating a drug house and conspiracy to commit a crime. All three were each given a $20,000 bond.

In January of 2017, Romano was arrested for felony evading after leading deputies on a chase in the Jamestown area, as reported here. That same year in February, as detailed here, Castro was also arrested after a traffic stop where she was a passenger in the vehicle and admitted to having illegal weapons and drug paraphernalia for marijuana and meth.