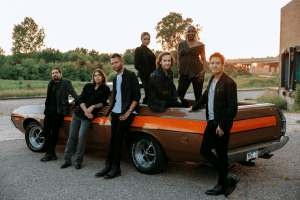 Train will perform on Sunday, June 7 at the Westside Pavilion. The group has sold over 30-million tracks and nearly 10-million albums worldwide. They are best known for their double-Grammy award winning hit “Drops of Jupiter.” Other popular songs include “Meet Virginia,” “Calling All Angels” and “Hey, Soul Sister.”

Train is based out of San Francisco and has had 14 songs on the Billboard Hot 100 since the release of its self-titled debut album in 1998. The group has earned three Grammy Awards and two Billboard Music Awards.
Tickets go on sale this Friday, February 14.

The second show of the 2020 season is expected to be announced later this month. The casino promises another mix of rock, pop, country and R&B performances this summer.