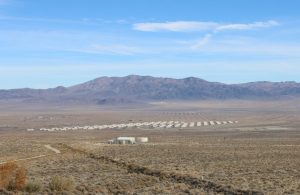 Tuolumne County, CA — An official with the US Department of the Army has provided a statement to Clarke Broadcasting in relation to mysterious explosions that were heard this past Wednesday and Thursday.

The Hawthorne Army Depot is directly south of Walker Lake in western Nevada. It is a US Army storage depot that often demilitarizes and disposes of obsolete and surplus military weapons and ammunition.

A public information officer for the depot confirms to Clarke Broadcasting that there were detonations on both Wednesday and Thursday of last week, but she could not confirm with 100-percent certainty that they are what was heard and felt in the Mother Lode. However, clues indicate it is likely the case.

The calls and reports that Clarke Broadcasting received about the explosions heard last Wednesday and Thursday were during the window of 11am-1pm, when the detonations took place at Hawthorne.

However, to lend some uncertainty, the statement continues by stating, “Hawthorne’s leadership has granted permission allowing scientists interested in studying the sound waves emanating from such (explosions) to conduct such studies on the depot. These studies have been unable to scientifically show the statistical significance (the relationship of detonations to sound being heard in neighboring communities).”

Many of the callers reporting the explosions were in Twain Harte and Groveland. Most heard and felt a series of explosions that lasted for nearly 10-minutes. To read an earlier story from last week, click here.

Tori James contributed to this story