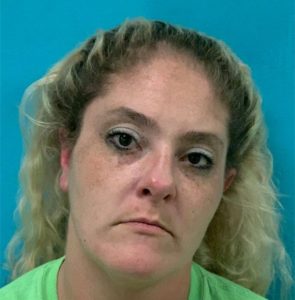 The Sonora PD spotted 31-year-old Dana N. Martinez parked suspiciously behind the Lowe’s building at 7:45pm on Wednesday and discovered that false stickers were on her license plate. The PD called a tow service to remove the vehicle and Martinez protested the action. Since she was probation, officers decided to search her vehicle. They found multiple checks, bank cards and other personal information belonging to several recent mail theft victims. The Police Department adds, “Additionally, there was evidence that led officers to believe Martinez had altered the checks.”

Martinez was taken to Tuolumne County and during the booking process officials discovered she was hiding three small bags with heroin and a drug pipe.

The PD confirms that the mail theft victims reside in a variety of locations, ranging from Sonora, to Copperopolis and in the Central Valley.