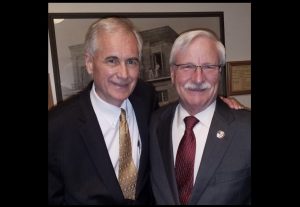 A statement from McClintock reads, “I strongly support Dennis Mills for reelection to the Calaveras County Board of Supervisors. Dennis and I have worked together on critical issues in the region including safeguarding our water resources, developing sensible forest management, and federally funded projects in the County.”

The statement goes on to note that the two have a shared view of limited government and reduced regulations. Mills, a former Director of the Calaveras County Water District, is in the midst of his first term as Calaveras County supervisor. He is being challenged in his re-election bid by Angels Camp City Council member Amanda Folendorf.