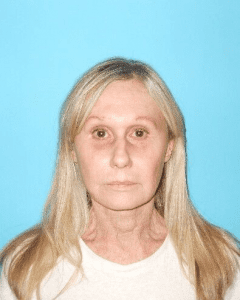 Local nurse Diane Anderson was released Monday from Tuolumne County Jail after serving about four months behind bars. According to Tuolumne County Sheriff’s spokesperson Sgt. Nicco Sandelin, she got eight days off based on the completion of programs and was released an additional two days earlier than predicted based on overcrowding at the jail.

After her sentencing, Tuolumne County District Attorney Laura Krieg shared with Clarke Broadcasting that by statute, Anderson would be eligible to receive conduct credits that could result in her only serving about 50 percent of her sentence, and that when released she would also have to complete 30 days of work release, 300 hours of community service, and 90 days of house arrest.

It was last January when a jury found her husband, Dr. Danny Anderson guilty of illegally passing over double yellow lines and causing the triple fatal crash in October 2016. He was sentenced to five years and four months in state prison with Krieg noting at the time in accordance with statute and as he had served four months while awaiting sentencing he would probably complete half his sentence before release.

While the couple was originally set to be tried together, the court decided in favor of their legal representation’s request to hold separate proceedings. Once he was convicted, her attorney successfully sought a change of venue. Her trial was subsequently held at the San Joaquin County Courthouse in Stockton, where she was convicted on three counts of being an accessory to vehicular manslaughter and for concealing evidence.