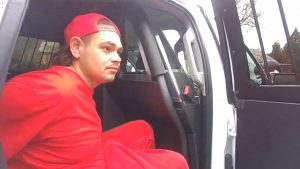 Sonora, CA — A Sonora man was arrested for public intoxication and suspiciously pulling on door handles at a parking garage on Snell Street in downtown Sonora.

The Police Department reports that it happened at around 2pm on Wednesday. After receiving a call about it from a concerned resident, officers responded and located 26-year-old Francisco A Rico and an unidentified male teenager. The caller reported that several other people were also tampering with the vehicles, but the two suspects were all who remained by the time officials arrived. The teen took off running, and Rico was arrested and taken into custody. The PD reports that the teen was later identified and charges are also being sought against him. The investigation is ongoing.