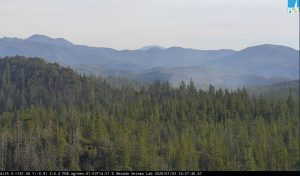 Tuolumne County, CA — The Holtzel Fire that broke out Friday afternoon on the Groveland Ranger District of the Stanislaus National Forest has been extinguished.

Forest spokesperson Diana Fredlund tells Clarke Broadcasting that the fire has been contained at 17 acres. The flames that broke out Friday afternoon along Holtzel Road near Dogtown Road on private land that is within the forest, as reported here. Crews were able to stop the flame’s forward rate of spread in about three hours.

Crews worked towards full containment into the night and remain on the scene today mopping up.  What ignited the fire is under investigation.