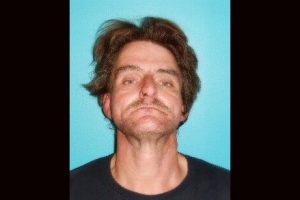 Sonora, CA – Spotting a man loaded down with garbage bags, a Tuolumne County Sheriff’s Deputy, suspecting possible illegal dumping, decided to stop and question the man and found more than trash on him.

The deputy contacted the suspect, 42-year-old Richard Butler of Jamestown, who was walking in the area of Greenley Road and Mono Way near the Corner Car Wash earlier this week. After further inquiries, the deputy decided to pat down Richards for possible weapons. That is when the deputies felt what was believed to be a knife sheath. Concealed inside the waistline of Richard’s pants was a readily accessible, fixed blade knife, according to sheriff’s officials.

Richards was taken into custody without incident for carrying a concealed dirk or dagger, which is illegal in the state of California.  His bail was set at $10,000.00.

Sheriff’s officials note that once Richards was hauled away to jail, the deputy took it upon himself to pick up the trash Richard’s had scattered around and properly disposed of it in a waste bin.