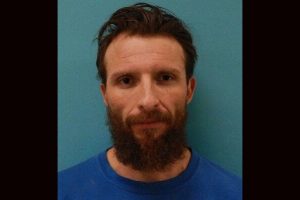 Sonora, CA – One sibling’s probation search led to the arrest of his brother for drugs and illegal weapons.

While the intended suspect, 26-year-old Timothy Reel who was on probation, was not found at his Sonora home during Wednesday’s raid carried out by Amador Narcotics Enforcement Team and assisted by members of Tuolumne County probation, his brother, 29-year-old Thomas Reel, was.

Inside the house, suspected drugs and several firearms were spied in plain sight prompting deputies to get a second search warrant. It uncovered a shotgun, three handguns, a long rifle, various ammunition, brass knuckles, fireworks and just under ten grams of methamphetamine.

Thomas Reel was taken into custody for possession of a controlled substance with a loaded firearm, having brass knuckles and obtaining fireworks without a permit. His bail was set at $25,000.

Of note, in December of 2015, Timothy Reel was arrested for armed robbery and evading a peace officer after knocking off a local convenient store and restaurant, as reported here.