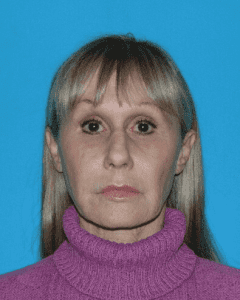 Sonora, CA — The second person convicted for her part in a horrific triple-fatal vehicular manslaughter has been sentenced.

On Monday, Diane Anderson received a ten-month county jail term for her part as an accessory in the tragic crash for which her husband, physician Danny Anderson, is serving five years and four months of prison time. Details of his Jan. 18 sentencing and the deadly collision in October of 2016 are provided here.

According to Tuolumne County District Attorney Laura Krieg, when released Diane Anderson will be required to complete 30 days of work release, 300 hours of community service, and 90 days of house arrest.

Krieg shares that members of the victims’ families gave very powerful impact statements to the court prior to the sentencing and asked for the maximum sentence of four years, eight months in state prison.

She argued that the aggravating factors present in the case, the loss of life, and the seriousness of the crime warranted imposing the maximum. She added that, by statute, Anderson would receive conduct credits which would result in her only serving about 50 percent of her sentence, arguing that the amount of time paled in comparison to the loss suffered by the victims.