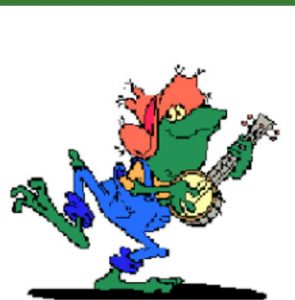 Angels Camp, CA – A new slogan has been picked for the Calaveras County Fair and Jumping Frog Jubilee 2020 after judges poured over a hundred entries to pick just one.

After much deliberation and discussion, according to fair officials, the board of directors chose “Frogtown Hoedown” out of 110 slogans submitted. Copperopolis native Darria Westberg put in the winning entry. Fair CEO Laurie Giannini offered a special thanks to all who entered, cheerfully exclaiming, “It was amazing to have such a great response and so many different concepts to choose from.”

Westberg will receive the star treatment at next year’s Calaveras County Fair and Jumping Frog Jubilee as the prize for her clever motto is a VIP package. Fairgoers will want to put on their best duds to hit the dance floor for the “Frogtown Hoedown” at the Calaveras County Fairgrounds off Highway 49 in Angels Camp. The fair is scheduled to run May 14-17 next year.