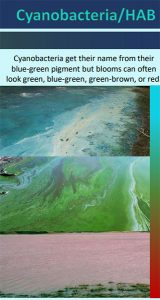 San Andreas, CA – Last week Calaveras County Water District (CCWD) reported that all its drinking water supply sources and a treated sewer water pond were tested and found negative for harmful algal blooms (HABs) – now the district says an error was made regarding the pond.

The district testing was conducted as a precaution after state water officials found low levels of cyanobacteria/harmful algal bloom carrying potential toxins in New Melones last month. Last week, CCWD officials confirmed to Clarke Broadcasting that there was no contamination of its water supply and gave a list of the waterways that were tested, as reported here.

Another area tested was the reclaimed sewer water storage pond on Sandalwood Drive in Forest Meadows near Murphys, which the district now states in a press release that “those results were initially reported incorrectly by CCWD to be absent for harmful algae.” District officials add that upon further analysis, they have determined the pond “does contain harmful algae and is not safe for human or animal contact.”

A barrier fence has been set up around the pond and warning signs posted to stay out of the water. Explaining that the prevalence of HABs is a relatively new development in the area, the district relays that it is working with the Calaveras County Department of Environmental Health and the State Water Board to respond appropriately. In the release, CCWD apologized for any “confusion caused by initial reports regarding the storage pond’s negative results.”