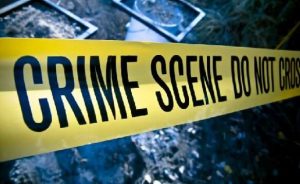 Sonora, CA – Besides sweetening the pot and using social media in an effort to compete with higher-paying jurisdictions, Mother Lode law enforcement agencies are touting ‘quality of life’ benefits.

In Calaveras County, Sheriff Rick DiBasilio recently upped his office’s outreach efforts with an online and social media campaign. Lt. Rachelle Whiting shares, “Sheriff DiBasilio recognized the critical need to recruit and retain staff so he committed a portion of the Sheriff’s Office budget for this recruiting project.” With any governmental project, there was a lengthy process of evaluating and choosing a vendor to assist in creating the new recruiting videos and website.

“It wasn’t necessarily any external factors that prompted the recent recruiting material to be released but it has been a project that we have been working on improving for years,” she states.

“It is difficult for CCSO to compete against other agencies with such a pay disparity whereas deputies and correctional officers can work and live elsewhere with higher paychecks. This is a major issue across the board with all job classifications for our agency,” Whiting continues. “With that being said, this is one of the reasons that our new recruiting video and website highlight the benefits of living in beautiful Calaveras County where employees have more opportunities to join special teams — which come with pay incentives — and get involved with the community where they live.”

When CCSO began planning for its new marketing/recruiting project, Whiting says the office was experiencing low staffing levels across the board from deputies and correctional officers to dispatchers.

“Since then we have improved our staffing levels however with ongoing attrition, we have continuous recruiting for open positions,” she says. “Currently we have several sheriff service technicians that have upcoming planned retirements in the coming months, so we are recruiting in anticipation of those open positions needing to be filled.”

She adds that there are also five correctional officer openings at the county jail. “We conducted a test on July 30th and applicants are being interviewed this week, but we plan to do another test sometime in the next two months to give another chance for applicants interested in the position.”

Stepping Up To Keep One Foot Forward

Sonora Police Chief Turu VanderWiel dryly acknowledges, “Recruitment and retention are a hot topic in our industry.” As qualified applicant pools have significantly diminished over the past several years, he says many law enforcement agencies are offering considerable incentives to attract the more desirable candidates.

“More than ever, smaller departments like ours with fewer collateral opportunities and lower salary ranges struggle to compete with larger agencies,” he continues. “To remain competitive in today’s market, I believe it is essential that we make ourselves a more marketable agency for prospective employees.”

However, it is not nearly as easy as it sounds. At the start of 2017, Chief VanderWiel had seven regular patrol officers and was authorized ten, which represents a 70 percent staffing level for that position. The numbers do not include personnel assigned to modified duty or were otherwise unavailable due to extended absences.

Despite working tirelessly since then to fill these critical positions, the chief says the department is currently at the same staffing levels, a situation that eerily akin to an “Itsy Bitsy Spider” predicament shared by CCSO. As he describes it, “Although we have hired eight officers over that period…we have also lost that same number to retirements, other agencies, job opportunities, or to other positions within the department.”

So, last year the City of Sonora authorized the chief to implement a set of incentives to help boost recruitment efforts for officers with three-plus years of experience.

Among these are a $5,000 hiring bonus, banks for up to 40 hours for sick and vacation leave, up to ten years of service credit for vacation accrual, and CalPERS three percent at age 50 for employees transferring from Classic PERS. These are in addition to the department’s existing incentives under its MOU, which include city paid medical, vision and dental insurance, a tuition reimbursement program and a $1,200 annual uniform allowance.

The agreement also offers pay increases ranging from a half-percent to five percent for earning various certificates, educational degrees, and special assignments training. Additional carrots not listed in the MOU are a take-home vehicle program with distance restrictions and home-buyers assistance through the city.

Although the incentives have made SPD more attractive to prospective employees, the chief admits that the compensation remains well under the industry average and he is hoping to provide even more incentives. He adds, wryly, “We also try to focus on other aspects that make our agency uniquely attractive; such as good leadership and employee support, training opportunities, a tight-knit team atmosphere — and the opportunity to live and work where others vacation.”