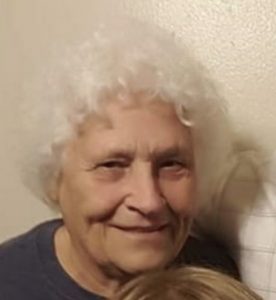 San Andreas, CA – The body of 87-year-old Helen Joyce Coultrup of San Andreas has been discovered in a wooded area near Wilseyville in Calaveras County — fourteen days after she disappeared.

Sheriff’s spokesperson Sgt. Greg Stark tells Clarke Broadcasting that cadaver dogs located her body not far from her Toyota Yaris, which she was driving when last seen in the Valley Springs area on August 3rd. He confirmed, “We do not believe foul play is associated with this incident.”

As reported here yesterday, rescuers began searching that area on Thursday after an individual found her car along a dirt road. Sgt. Stark adds, “She was going down a logging road that became impassible and it appears that when she tried to turn around the vehicle became stuck. At that point, she began to walk out. It appears she became lost.”

Coultrup’s car was found locked and with the windows rolled up. Sgt. Stark reports that it appears as though there had been a heavy animal activity involving the human remains, which were identified through clothing and other items found in the area. He relays that the remains are being sent to the Calaveras County Coroner’s Office and a California Department of Fish and Wildlife laboratory for further processing and examination.

The cause and manner of death remain unknown until an autopsy can be completed, according to Sgt. Stark.