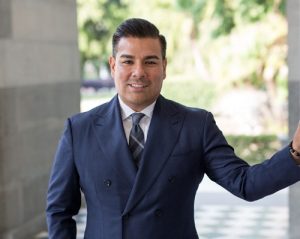 Sacramento, CA – California’s insurance commissioner says he has formed a strike team to help residents and governments deal with insurance woes in the wake of wildfires.

Ricardo Lara’s office shared that he visited Butte, Nevada, and Placer counties last week, pledging support to communities affected by insurance non-renewals and premium increases in the wake of the state’s devastating 2017 and 2018 fires that caused nearly 150 deaths and $25 billion in property losses.

Lara stated that his department’s strike team will continue to make visits in the coming weeks and months to the hardest-hit areas to connect residents to resources and assist local governments in assessing and responding to related insurance issues.

At last week’s meetings, Lara noted that complaints to the Department of Insurance related to non-renewals are up nearly 600 percent since 2010 in areas with increased wildfire risk. He pledged, “With non-renewals on the rise, I will work with local leaders on statewide policies that reduce risk to make sure we keep insurance available and affordable. My staff at the Department have already begun requesting more detailed insurer data in order to increase transparency.”

The Tuolumne County Association of Realtors (TCAR) continues to report seeing in the Mother Lode an epidemic of insurance premium non-renewals along with surging increases. TCAR President Judy Austin noted to Clarke Broadcasting back on Aug. 2 that the Insurance Commissioner’s position was that local insurance prices were suppressed for a long time and were now catching up. A call to her this afternoon has not yet been returned.

As reported on Aug. 2, TCAR is currently conducting a survey to capture and quantify the numbers and specific issues Mother Lode homeowners are experiencing. To read more and take that survey, click here.