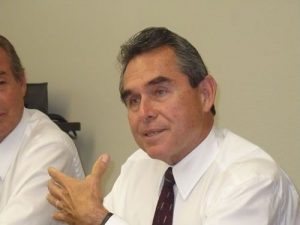 “I’ve been a California educator for 32 years, and I believe it is time for someone in education to head the State Department of Education,” says Aceves. “We’re in a critical time for education right now, and when we start putting things back together, we have to have someone that understands the importance of leaving some things out and bringing some things back.”

Aceves has worked in school districts in San Jose, San Diego and the Central Coast, and has served as a teacher, principal and superintendent.

“Our scores continue to rise for most kids, but for the kids that are falling behind, we are cutting money for the intervention programs,” adds Aceves. “The idea that we can continue to be as good of an educational system as we have been, without the necessary resources, has to come to an end.”