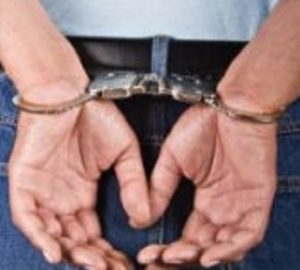 Sonora, CA – The nose of his partner helped to collar two individuals for drugs.

A broken license plate light on a Ford Escape caught the eye of a passing Tuolumne County Sheriff’s Deputy on patrol along Jamestown Road last night. After pulling the car over he found, 43-year-old Brian Lancaster of Murphys behind the wheel and passenger, 37-year-old Marshae Wolf of Columbia. A records check revealed that both had a suspended driver’s licenses.

The deputy then turned to his partner, K9 Zeus, to take a sniff around the vehicle and the dog alerted to possible narcotics inside the car. A search revealed a collapsible baton, a digital scale, packaging materials, and nearly seven grams of methamphetamine. The pair was arrested for possession and transportation of a controlled substance for sale.

Lancaster also faces charges related to carrying a dangerous weapon, driving on a suspended license and having a broken license plate light. A pat down of Wolf at the Tuolumne County Jail turned up five grams of heroin and drug paraphernalia hidden on her, tacking on additional charges of bringing drugs into a jail.