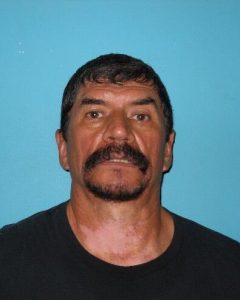 Sonora, CA – Allegations of stalking and making criminal threats led to an arrest and a $140,000 bond for a local man.

According to Tuolumne County Sheriff’s spokesperson Sgt. Andrea Benson, Michael Dixon, a 57-year-old Sonora resident, was recently arrested at a local dental clinic following an attempt to contact the victim.

Benson says the victim, from who he was separated, had arrived at the clinic for care, further explaining that the victim had sought and was granted a restraining order due to previous violence, but it had not yet been served.

However, since late June, Benson reports that Dixon had established a history of numerous attempts to contact the victim through message texts and in person, which elevated his target’s fears that he would locate and cause her harm. Benson adds that the criminal threats charge is based on statements made by the suspect to the victim.