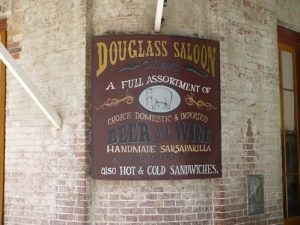 Keene won’t have to be concerned about the latter for awhile with last week’s announcement that Columbia State Historic Park along with Railtown 1897 and Big Trees State Park will remain open through Labor Day despite Governor Schwarzenegger’s threat of shutting down 220 state parks in an effort to balance the 2009-10 fiscal budget.

Keene added that he’s disappointed to see so many of his friends lose their jobs with the closure of seven businesses over the weekend including the landmark City Hotel and Restaurant. The closures were all operated under the Forever Resorts (Scottsdale, AZ) umbrella which had a contract with the state.

Is there a possibility that several, rather than one, concessionaires could reopen the seven businesses? Keene states, “That would be preferable, It hurts the town when so many businesses are operated by one entity. If that one entity goes down then more businesses go down. My hope is that the folks in Sacramento will become more aware of this and make the terms of this contract or management contract more reasonable so somebody might step up to it. Frankly it doesn’t surprise me that nobody made a bid on that contract because the terms were unreasonable.”

From Fancy Dry Goods & Clothing Proprieter Lindy Miller, “Well what choice do we have? We’re here in the Park and visitors come here from all over the world all summer long so we’re going to put on the happiest face we can and try and wait out this time of adversity.”