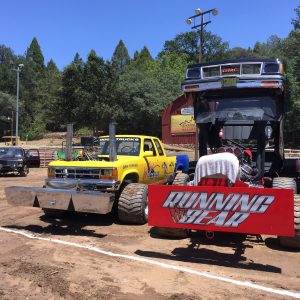 Sonora, CA – Mother Lode Fair officials are still tallying all the numbers, but they are already estimating a 20-percent boost in attendance — so far.

As reported here shortly after the fair, an ecstatic Mother Lode Fairgrounds CEO, Ken Alstott, touted a record in livestock auction revenue of almost $450,000 for large animals and more than $30,000 for small ones, along with an initial 10-percent increase tallied for attendance, food, and beverages overall. In the two weeks since then, Alstott has updated Clarke Broadcasting with new figures showing even more reasons to be optimistic.

Regarding paid ticket attendance, it is up over 20-percent from last year with 10,616 compared to 8,419 in 2018. Alstott points to the nightly fireworks as a big reason for the jump in the numbers. He relays that the final figures will not be in until the end of August when daily livestock attendees, volunteers and board members will be included in the count.

Already acknowledging above what he believed worked at this year’s fair, Alstott and the fair board members want to hear from the public related to hits and misses. Those opinions can be expressed at a special meeting to be held on August 29 at the Blake Elliot Insurance building across from the fairgrounds office. All interested parties are encouraged to attend.