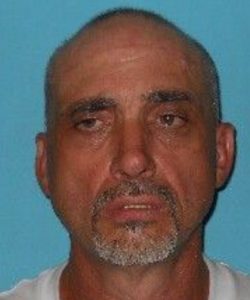 Sonora, CA – A jail intake search of a suspect wanted on child sex charges turned up more trouble for the man.

The suspect, 46-year-old George Powell, an Oklahoma resident, was initially arrested in the 500 block of South Washington Street for loitering on private property and giving a false name to a police officer. According to Sonora Police Chief Turu VanderWiel, personnel determined Powell’s true identity through fingerprinting and a records check indicated he had an outstanding warrant for charges of oral copulation and lewd acts with a child under 16 years of age.

Powell now faces fresh charges of possession and transportation of a controlled substance for sale and bringing drugs into a jail.