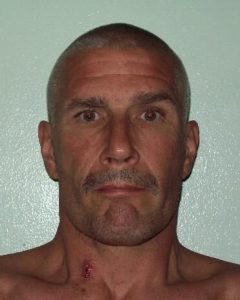 Sonora, CA — A suspect has been arrested for allegedly stabbing a man in Sonora last night.

The Tuolumne County Sheriff’s Office was dispatched to a residence in the 12000 block of Mono Way at 11:28pm because Dale McMillan had allegedly stabbed Kenneth Hansen during a fight. Sgt. Jeff Wilson says that Hansen was found to have multiple stab wounds to his abdomen.

Witnesses stated that McMillan stabbed Hansen and fled the area of foot. A CHP helicopter was flown in to search for McMillan. Deputies located McMillan hours later hiding under a rear porch. He was booked into Tuolumne County Jail.

Hansen was medi-flighted to a Modesto area hospital for treatment. He is listed in stable condition.