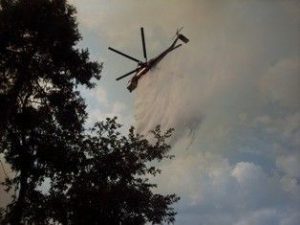 Washington, DC – A California Congressman is pushing for a change in federal law to allow U.S. Forest Service helicopters to make water drops during the night.

The Forest Service ended the practice following a crash in 1977 that killed a pilot.

The Associated Press reports that southern California Congressman Adam Schiff, Democrat, told a Senate subcommittee today that technological advances have made it much safer for helicopter crews to work in the dark.

Schiff argues that repealing the law may allow firefighters to get a quicker handle on putting out fires.

If a change is implemented, it would affect the Stanislaus National Forest.