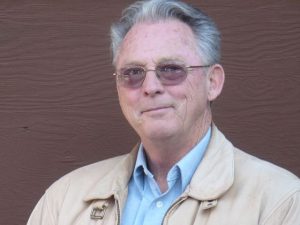 Last Thursday Downum and two other county sheriffs (San Joaquin and Solano) were invited to the Governor’s office for a sit-down with Chief of Staff Susan Kennedy. Chief topic of conversation; will the state follow through on the wording of AB900 which was passed two years ago? This bill promises state funding for new jail projects.

When Calaveras County passed Measure J by eight-tenths of one percent, Downum felt his goal of a new facility was just about home free. The state’s share of the total cost, $26 million, would come from AB900.

But with the “current state of the state” there has been some doubt of late that California would be able to hold up its end of the deal.

Thursday Downum is scheduled to meet with the Corrections Standards Authority (C.S.A.) and he is hopeful or coming home with a signed letter of intent especially after his visit with Kennedy.

The question still to be answered; while the Governor’s office can make promises it’s up to the state to be able to sell the bonds that would finance any jail financing. CAO Jeanne Boyce admits that could really be a sticking point.