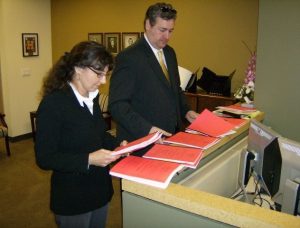 Fuller, a Republican from Columbia, has filed a petition in the 3rd District Court of Appeals asking for the enforcement of an article of the Constitution that requires residents to live in the district for one year before being eligible to become a candidate for office.

Berryhill moved into the 14th District late last year after deciding to run for the Senate seat.

Fuller says the requirement has been in the Constitution since ratification in 1879, but has never been challenged.

Berryhill’s Chief of Staff Laura Ortega says, "The issue of the one year residency requirement prior to running has been adjudicated by the U.S. Supreme Court, and the Secretary of State, in the past, has deemed it unenforceable and unconstitutional."

"Tom is acting within his rights to run and views it at as a frivolous lawsuit," adds Ortega.

Berryhill and his staff have not officially been notified about the lawsuit.

Fuller says the Secretary of State and Attorney General now have around two weeks to respond, and the Court of Appeals could take up the matter 30-40 days later.