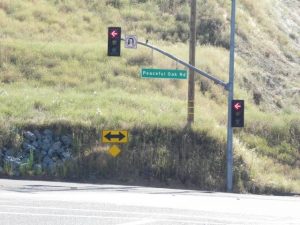 Sonora, CA — Contractors will soon be able to submit a construction bid for Stage II of the Highway 108 Bypass.

Tuolumne County Transportation Council Executive Director Darin Grossi says the bid process is expected to run from August 8 – September 28. “That’s good news, as things are moving along nicely,” adds Grossi. “Hopefully a little bit of work will get done out there before the winter, and then folks should really see things take off in the spring.”

Initially planners had hoped that construction would start this past spring. “We had a delay in acquiring two properties and getting the structures removed,” says Grossi.

Phase Two of the Bypass will run from Peaceful Oak to Via Este. The project is estimated to cost around $65 million. The project will likely take around two years to complete.