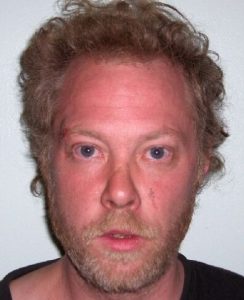 Twain Harte, CA — There were two separate incidents over the weekend where Tuolumne County Sheriff’s Deputies were attacked.

The first occurred at 20340 Bald Mountain Road. Deputies responded to the home late at night because of a complaint of loud music. When confronted, 41-year-old Jason Kirsch allegedly started yelling at the deputies and refused to turn the music down. At one point he jabbed his finger and swung his left fist at Deputy David Vasquez. Deputy Vasquez ducked, and the punch made contact with the top of his head. Kirsch continued to fight and tried to bite the deputies when they took him into custody. Kirsch is charged with battery on a peace officer and resisting arrest.

The second incident was at 23025 Twain Harte Drive. Deputy Mike Pershall responded to the residence because someone was reportedly pounding on the door and trying to get inside. He arrived and saw 26-year-old Jacqueline McLeod of Jamestown standing outside. One of the residents told Deputy Pershall that McLeod was drunk and refused to leave. McLeod was reportedly evasive and refused to answer questions, so Deputy Parshall determined that she was intoxicated and started to place handcuffs on her. McLeod spun away and attempted to kick Deputy Pershall. She then took off running. McLeod was eventually captured. She continued to attempt to kick Deputy Pershall and Corporal Mark Kerzich, who had arrived to assist, as they walked her to the patrol car. McLeod is charged with Public Intoxication, Battery on a Peace Officer and Resisting Arrest.