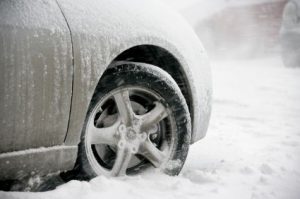 Sonora, CA– The Tuolumne County Public Works Department is reminding motorists to be cautious on area roadways this week.

Due to recent storm activity, crews are still clearing snow from roads and multiple branches and brush from fallen trees.

Tuolumne County Public Works Department spokesperson Carol Jackson says that since this last storm brought such a large amount of snow, finding snow storage on the sides of the road has been difficult. She says it’s imperative that motorists do not park their vehicles in the road right of way where the snow needs to be stored.

“We’re going to be crowding snow, which means we’ll be pushing snow off the road to be making room for new snow,” said Jackson. “If they can keep their vehicles out of the way, that will be very helpful for us.”

With the possibility of another snow storm later in the week, Jackson also reminds residents to be prepared. She recommends having water, blankets, food that can be prepared without electricity if necessary, wood for the wood stove and medications.

Any unsafe road hazards such as downed trees, rocks or debris in the roadway can also be reported to the Tuolumne County Public Works Department at 533-5601.