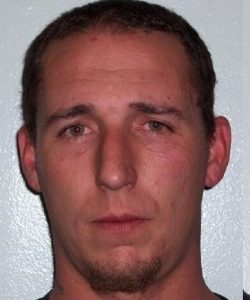 Jamestown, CA — A Tuolumne County man led a Sheriff’s Office deputy on a high speed chase through Jamestown at around 10 o’clock last night.

The chase initiated on Chicken Ranch Road when the deputy attempted to pull over a Chevy Blazer driven by 31-year-old Justin Miller. The chase reached speeds around 80 mph, and traveled along Highway 108, Rolling Hills Boulevard, Harvard Mine Road and Pulpit Rock Road.

Miller crashed through at least three gates and one barbed wire fence on private property. Miller’s Blazer eventually became bogged down in pasture, and he was found in the area hiding in some brush.

Miller was taken into custody and charged with evading a peace officer, possession of an open container, possession of marijuana while driving, vandalism, resisting arrest and driving with a suspended license.