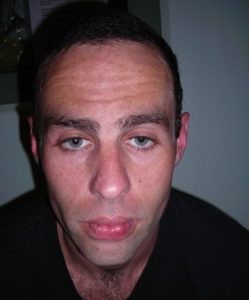 Sonora, CA — This week’s Most Wanted suspect of the Sonora Police Department was captured on Greenley Road.

Police Chief Mark Stinson says an officer spotted Steven Belt on Thursday evening walking along Greenley Road in the area of Sonora Elementary School. He was wanted on a felony warrant for theft with a prior conviction.

The officer found an open blade knife in his possession, so Belt now faces an additional charge for carrying a concealed weapon. He was spotted shortly after 5pm.