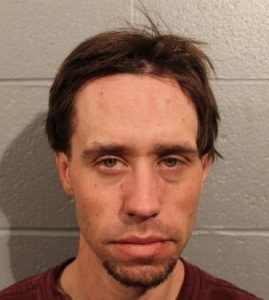 Arnold, CA – A Calaveras County Sheriff’s Deputy’s suspicion lead to the arrest of two burglars who may have hit several homes in the county. Sheriff’s officials report they have been on alert after a rash of burglaries in Arnold and Murphys.

They say an alarm went off around eight in the morning yesterday at a home in the 2900 block of Murphys Drive in Arnold. A deputy sent to investigate found a broken window and spotted a suspicious white GMC Sierra truck parked nearby. While he continued to check out the home, he heard the truck start up and drive away. The deputy called the truck into the dispatch and an Angels Camp Police Officer pulled it over near the home.

Officers searched the truck and found burglary tools including a pry bar, screwdriver, metal file, and hammer. They also discovered stolen property from the home inside the truck including musical instruments and electronics. Sheriff’s officials say they also found possible stolen items that linked the suspects to another burglary at a home on the 2400 block of Murphys Drive.

The suspect’s truck was impounded for further investigation. Sheriff’s officials say they have talked to one of the home owners who was out of town during the burglary, but he was unable to give a list of what items were stolen from the house.

Both suspects were charged with Residential Burglary, Possession of Stolen Property, Possession of Burglary Tools, and Conspiracy to Commit a Crime and are both being held on $60,000 bond.

The Sheriff’s Department is asking if anyone has additional information connected to this case, or any other burglary cases, to please contact the Calaveras Sheriff’s Detective Division at 209-754-6500.

Click here for a map of the burglary area.