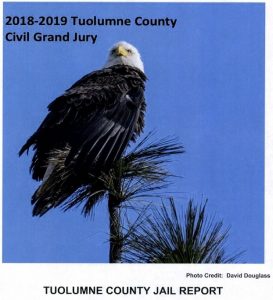 Sonora, CA — After releasing details about the Tuolumne County Economic Development Authority a couple of weeks ago, the Grand Jury has now released findings related to the county jail, and Sierra Conservation Center.

In its eight page report about the jail, the jury notes that it is already understaffed by four deputies, and with a new jail coming online soon, more will need to be hired. It also states that there appears to be a lack of adherence to security protocols at the facility. In addition, safety concerns raised in last year’s report about an extension cord running down a hallway, and collecting gray water in drums, have not been addressed. It also recommends having more education and rehab services available to reduce the recidivism rate. To view the report, click here.

The only finding of concern listed about the Sierra Conservation Center is that its wood shop does not have a first aid kit. Click here to view the SCC eight page report.