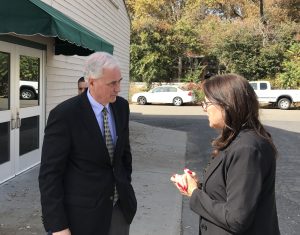 McClintock criticizes cities, like San Francisco, for forbidding local law enforcement from cooperating with federal immigration authorities, even if they wish to do so. He says his “Stop Dangerous Sanctuary Cities Act” will put an end to a practice he claims endangers the public. The act would withhold certain non-law enforcement federal grant funds from those cities.

“The sanctuary city policies in California and in other states where sanctuary city policies have proliferated have placed the public and law enforcement at great risk,” said Rep. McClintock. “It is unacceptable for these jurisdictions to refuse to cooperate with, and in some cases outright obstruct, the federal agents tasked with removing illegal aliens who have been arrested for a crime.”

The legislation also provides protection or “safe harbor” for illegal immigrants that report crimes. Additionally, it address the issues of lawsuit liability for local police and municipalities declaring that if the Department of Homeland Security commits an error or violates an individual’s rights, the federal government would solely be liable.