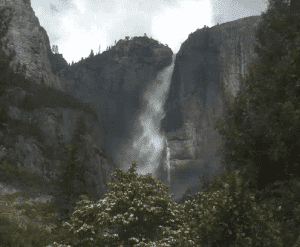 Official figures count 4,009,438 visitors to Yosemite National Park in 2018 with a total spending estimate in surrounding communities of $495,245,000, which supported 6,184 jobs in the area and had a cumulative benefit to the local economy of $624,129,000. Nearly 97 percent of those visiting Yosemite were nonlocal.

Noting that national park tourism is a significant national economy driver and provides a ten-fold return on each NPR-invested dollar, Yosemite Superintendent Michael Reynolds says the park proud to work with its gateway communities to help park visitors discover deep and lasting connections to Yosemite and the surrounding area. “We appreciate the partnership and support of our gateway partners and neighbors,” he states.

Economists Catherine Cullinane Thomas and Egan Cornachione of the U.S. Geological Survey and Lynne Koontz of the NPS conducted the peer-reviewed visitor spending analysis. Data sources and methods include visitor survey and visitation data to which applied regional economic multipliers generate a visitor spending effect model. From that, the analysts are able to estimate visitor spending to gateway economies and economic contributions on local, state, regional, and national levels.

The report shows $20.2 billion of direct spending by more than 318 million park visitors in communities within 60 miles of a national park, which nationally supported 329,000 jobs, 268,000 of which are in the gateway communities. The estimated cumulative benefit to the U.S. economy came in at $40.1 billion.