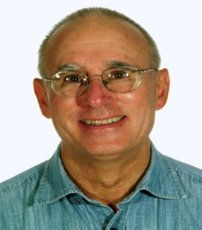 Sonora, CA — The public health officer for Tuolumne County spoke about how a potential local measles outbreak was recently averted and concerns he has moving forward.

Dr. Bob Bernstein was the first speaker at today’s Tuolumne County Board of Supervisors meeting.  He noted that five county residents were recently exposed to an airline attendant with measles during a domestic US flight. He stated, “All five agreed to self-quarantine and to wear surgical masks while tests were conducted to determine their measles immunity, and possible measles infection. These tests were carried out and all five were determined to have been protected by immunization, and were not infected, and thus, a potential outbreak in Tuolumne County was averted, for now.”

Dr. Bernstein referred to measles as the “most contagious” of vaccine preventable diseases.

He stated that if a person with measles walks into a room with 10 unvaccinated people, statistics show that nine of those will likely contract it.

He added that measles was effectively eliminated back around 2000, but so far in 2019 there have been 880 cases, nationwide, including an incident in neighboring Calaveras County. Click here to read an earlier story.

Nationwide, 74-percent of the measles cases have been children, of which, 13-percent being infants under the age of one.

He concluded, “We have the ability to protect our children, and our community, especially those who cannot get vaccinated because they are too young or have weakened immune systems.”

Vaccines are required for students to enter school in California, but there are medical exemptions. Tuolumne and Calaveras counties lag behind the state average when it comes to vaccinations. Data from 2017 showed that between 88-89 percent of children in Tuolumne and Calaveras counties were vaccinated, while the state average was nearly 96-percent.