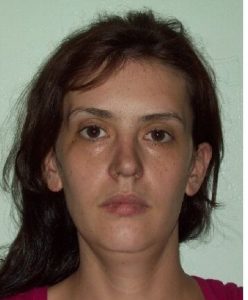 Sonora, CA – Over the weekend Sonora Police arrested Michelle King, 27 of Sonora, at 9:30pm on Friday at Big O Tires on Mono Way and the following day at 9:40pm.

During the first incident King lost control of her vehicle on Greenley Road, struck the curb, and had a flat tire. Also in King’s vehicle was her one-year-old son. Officers determined that King had been operating her vehicle under the influence of a controlled substance.

King was booked for felony child endangerment and misdemeanor driving under the influence at Tuolumne County Jail. King’s child was turned over to Child Welfare Services.

The following day at 9:40pm, Sonora Police received a report of a female driving erratically. Officers located and stopped the vehicle and found it was being driven by King. It was again determined that King was driving under the influence of a controlled substance.

King was placed under arrest and transported to the Tuolumne County Jail where she was booked for misdemeanor driving under the influence.