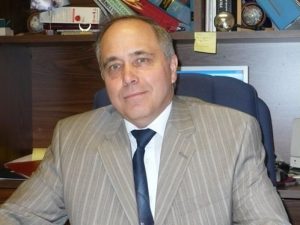 Sonora, — Michael Knowles is on track to become the next Tuolumne County District Attorney.

Knowles has been working in the county for 29 years and currently serves as the deputy DA. The Tuolumne County Supervisors debated whether to open up the process to outside candidates, or move forward with Knowles as Donald Segerstrom’s successor. Segerstrom will be sworn in as a Tuolumne County Superior Court Judge later this week.

Specifically, the two options were whether to set a vote at the next meeting to appoint Knowles, or begin a formal process of calling for applications.

Bass and Hanvelt both praised Knowles abilities, but didn’t feel the county should make a quick decision. “I feel that it’s inappropriate that we appoint him without seeing who else is in the field,” said Hanvelt. “I’d like to hear ideas from every potential candidate about how we can do things differently and how we can do things better.”

Bass supported the idea of having public interviews, noting that there are controversial issues on the horizon like the continued implementation of AB 109, the realignment of state prisoners.

Royce and Gray argued that issues like realignment were a reason to move forward with Knowles. Many changes are in the works regarding how the county will deal with additional prisoners, and Gray said they shouldn’t “change the captain” of the boat.

Knowles is expected to finish the term of Segerstrom which runs through 2014.