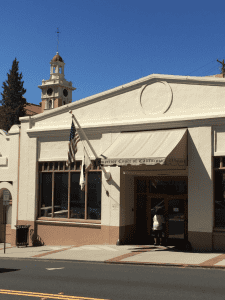 As reported here, two weeks ago, Judge Kevin Seibert granted a temporary restraining order to the plaintiffs, the Tuolumne County Farm Bureau, who successfully argued that the district had not provided adequate evidence it followed all the procedures required in its notices to the public and Tuolumne County officials. He also directed the district to provide that evidence in its supplemental filing ahead of the next court date.

In his preamble on Friday, Judge Seibert shared concerns that the district still had not proven it could provide adequate documentation that it had properly informed county officials of its Dec. 4 decision to approve the sale. He also noted that the district had included in its supplemental filing a noticing letter sent to the county on April 1 – three days after the court granted the restraining order.

After hearing oral arguments from attorneys for both sides, Seibert noted that while the district adequately addressed the Farm Bureau’s allegations of Brown Act violations, it did not send timely notices to the county. He also concurred with the Farm Bureau’s argument that the district failed to follow Naylor Act requirements, which call for stakeholder notices advertising recreational properties for sale to offer them at below-market value.

Seibert emphasized that his preliminary injunction judgment was without prejudice, which allows the district to take steps to dissolve it. In the meantime, he ordered the Farm Bureau to post a $250,000 bond, which will allow the preliminary injunction to stand. While he directed that it do so by 2 p.m. on Monday, he reluctantly granted the agency another day when its attorney indicated its board knew what it needed to do but that it would take time to gather all the required signatures.

After the court session, Sasha Farkas, showing support for Tuolumne County Farm Bureau, showed off a green and gold logo cap embroidered with the slogan “Wildcat Ranch Unjustly Uprooted.” Donning it, he stated, “I think the Farm Bureau is happy with the decision today and we look forward to the hearing in June.”

District Superintendent Dr. Mark Miller shared, “We are disappointed. We will bring it back to the entire board, have a discussion and figure out what the right thing to do is for the students at Sonora Union High School District, so that we can affect the best education for our kids because that is what we do — that is our mission and this has always been what it is all about. So, we will regroup with the new information and decide what is best for our kids.”

Asked if the district could just retrace their steps with the Park Foundation as the court indicated would be necessary to meet all the statuary requirements, he replied that the district is already easily in for over $100,000. Further commenting he added, “I think at some point, these are dollars that should be going to kids…so I think the board is going to need to look at whether or not we can continue the legal fight or whether it is time to just make sure that the dollars stay with the kids.”

Dr. Ron Jacobs, The Park Foundation president and founder, when asked for his comments, replied that the issues raised over the sale are for the district to navigate — and that his group remains steadfast in its support and vision. The nonprofit currently has $500,000 tied up in escrow, which is half of what it agreed to pay for the property.

He added, “We, The Park Foundation, think that the students, the public, and our community would be much better served to use the time and money spent on litigation on actually building a stronger and cohesive community, providing better facilities for students and an actual Ag farm, in addition to building a public park for our entire community to enjoy. That is where everyone wins. In this litigation it is only the attorneys that win.”