Bigelow Weighs In On Endangered Amphibians 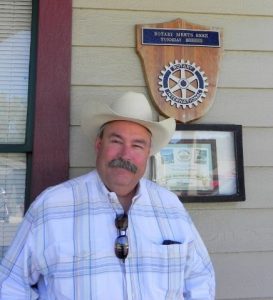 Jamestown, CA — The Sonora Rotary Club met in Jamestown at noon today with invited guest California 5th Assembly District Frank Bigelow. Jim O’Neil, President of the Sonora Rotary Club, invited Assembly member Bigelow to share an overview of what his first six months as a representative have been.

Bigelow spoke about legislation he is working on, the budget, and how difficult it is to pass bills without amendments tacked on.

One of the many things on his mind was the Federal endangered species listing proposal for the Nevada Yellow-Legged Frog and Yosemite Toad.

Bigelow says, “Its really impacting everyone especially up in the upper elevations. So it’s going to have a huge dramatic change of life. Which may actually ruin the entire tourism industry that we are all so reliant on.” He added, “This is a really serious issue and it really hasn’t come to light.”

Bigelow noted that the comment deadline is Monday, June 24th and encouraged everyone to submit comments at www.defendruralamerica.com

Just this week the Tuolumne County Board of Supervisors approved a draft of a strongly worded letter about the impact the endangered status could have. The news story “Endangered Species Woes” is here.

Rotary club membership represents a cross-section of the community’s business and professional men and women. The world’s Rotary clubs meet weekly and are nonpolitical, nonreligious, and open to all cultures, races, and creeds.