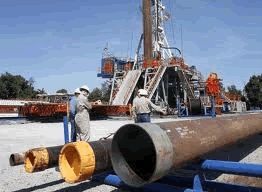 Sacramento, CA — Proposed state legislation would end hydraulic fracturing in California until there is a review of environmental and health impacts.

The Associated Press reports that the Assembly Natural Resources Committee passed three bills that would result in a temporary prohibition on fracking in the state. The drilling technique blasts underground rock formations to release oil and natural gas. An advisory committee would be required to review the health impacts, and the legislature would need to approve rules for fracking, before the practice would be allowed to resume.

It is unknown if the legislation has the support needed to pass in the Senate and Assembly. Opponents argue that it would have a strongly negative impact on jobs, notably in hard hit areas like the Central Valley. Proponents say the practice needs additional study to ensure public health.